A short video of two NYPD officers aided by a bystander repeatedly punching a prone black suspect in the head as witnesses plead for them to stop is causing uproar on social media. However, the NYPD says the full story paints the opposite picture.

The 27-second clip posted on Instagram by hocus45th on Friday accompanied by the caption “F*** THE POLICE” is said to have originally been filmed on May 4 of this year. The fight between the officers from the Bronx Warrants Squad and the suspect, who was identified as Darnell Simmons, 27, broke out in a McDonald’s in the Bronx, police have confirmed.

Simmons, who at the time of the filming does not appear to be resisting or show any attempt to escape, is seen being held down by one of the detectives and an assisting restaurant customer, while another NYPD officer brutally pounds on the suspect’s head.

As the struggle continues, some witnesses plead with the cops to stop using excessive force against the already subdued suspect. “Why are you hitting him?” “That don’t make no sense!” the onlookers are heard crying.

“I am trying to help. If he stops fighting, I won’t hit him,” the cop’s civilian helper tells the onlookers.

While those who have seen the video are accusing the police of resorting to violence without cause, the NYPD has dismissed those claims, insisting that the suspect had started the fight by punching one of the detectives in the nose.

As the fighting proceeded, some of the witnesses say the police appeared to be on the losing side, and called 911.

“These cops were taking a beating,” a witness cited by DNAinfo said.

One of the officers, identified as Billy Acosta, was kicked and slammed in the face multiple times in the scuffle, leading to injuries resulting in “severe back and neck pain.”

The other detective, Matthew Wright, also sustained injuries as Simmons allegedly forced him on his back, knocked his head on a countertop, and kicked him multiple times, including in the face. The detective even reportedly had to have plastic surgery on his nose and stiches on his head after the brawl and was out of service for a couple of months.

Twenty-seven-year-old Simmons was reportedly wanted in connection with several burglaries and for breaking parole. In December of last year, he is believed to have broken into two households in the Bronx. At one home he allegedly stole“numerous amounts of sneakers, a PlayStation video game system and a set of car keys to a GMC Yukon,” and hereportedly made away with stolen jewelry items and a phone charger at the other, according to police, as cited by the New York City Patch. Overall, he is suspected of committing 20 burglaries in Manhattan and the Bronx. 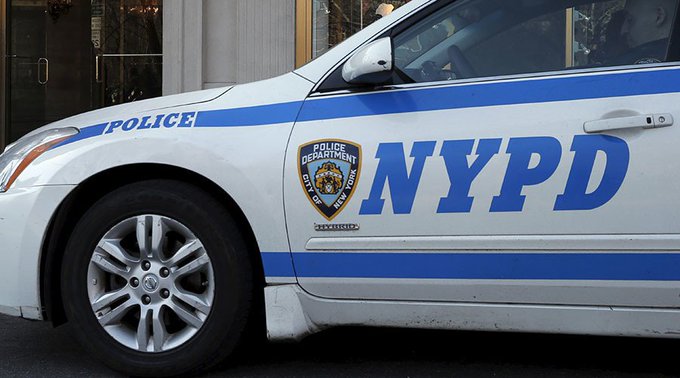 Police say the full video, which is actually over seven minutes long, shows intense fighting between the two officers and the violent suspect.

“It’s not an assault. We did not assault him,” a NYPD police spokesman stated on Friday.

A NYPD Citizen’s Complaint Review Board probe into the incident was dropped soon after being launched with no charges brought against the officers.

After his arrest, the Bronx District Attorney’s Office brought nine counts against Simmons based on a criminal complaint by police. The charges include disorderly conduct, offering resistance to police, assault, and harassment.

The NYPD’s Internal Affairs Bureau is still reviewing the circumstances surrounding the encounter and the footage, police have confirmed.