The National Broadcasting Commission (NBC) have delivered a belated birthday present to Olamide, who turned 27 yesterday.

Although the gift is surely not welcome in his camp.

NBC has banned Don’t Stop, a song performed by Olamide on his latest album Eyan Mayweather.

According to NBC, the lyrics of the song contains vulgar lyrics which contravenes section 3.6.1 of Nigeria Broadcasting Code.

See the full statement on the ban below 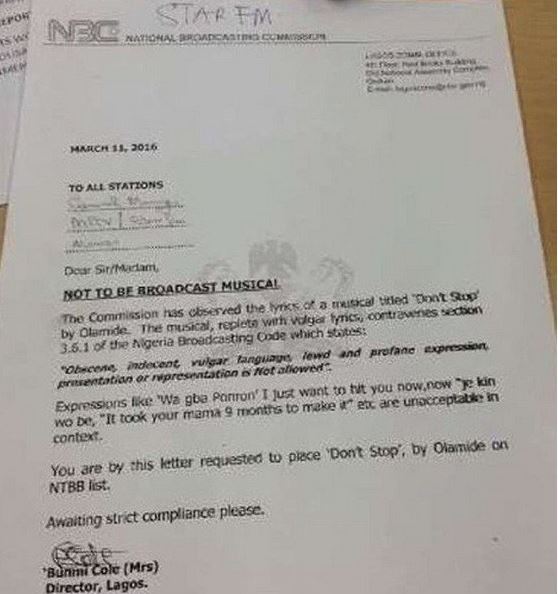