The kidnap on Sunday of Nigeria’s former minister of foreign affairs, Bagudu Hirse, in Kaduna was that of mistaken identity, a witness has said.

The ex-minister, who was in Kaduna on a condolence visit over the death of former Sultan Ibrahim Dasuki, was kidnapped at the gate of Mamman Daura, a cousin of President Muhammadu Buhari, along Inuwa Wada road in Kaduna.

A victim of the attack, who was travelling with the minister, Samuel Pukat, said the abductors actually came for Mr. Daura.

Mr. Pukat, a relation of Mr. Hirse, and some witnesses told PREMIUM TIMES that the incident occurred around 9:35 a.m. on Sunday.

Mr. Pukat, in a telephone interview with our reporter, said the kidnappers stormed the residence of Mr. Daura in two Toyota Corolla cars and “dispersed” all the security details at the house.

He said the kidnappers were eight in number, four in each of the two vehicles with sophisticated guns.

“We were right by Baba Mamman Daura’s gate on a visit to condole him over the death of former Sultan Ibrahim Dasuki.

“The ash Corolla car of the kidnappers rushed and blocked our car as the gate to the house was opened for us to enter.

“We had already written our condolence note to be handed to Baba (Daura) whom we were told was getting ready to go out for an appointment; before one of his aides identified us and asked that we be allowed in to see Baba(Daura) as soon as he finishes taking his bath.

“Then all of a sudden, the kidnappers in an ash colour corolla car rushed and overtook our car, four masked gunmen jumped out of the car and made for the compound.

“One of them from the second Corolla car behind us shouted at the other group to come back. He pointed at Baba (Hirse) who was ordered to come down from the car. 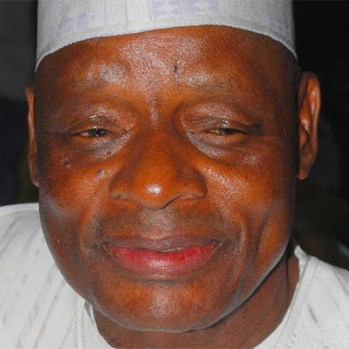 “They kicked me with their hard boots and I fell inside culvert as they abducted Baba (Mr. Hirse) and his driver.

“What surprised all of us was that the security details at Baba(Daura) residence fled the scene scampering for safety with all other people around when the kidnappers pulled over and started shooting sporadically in the air,” he said.

Sources, including Mr. Pukat, said Mr. Daura was in the House with the Chief of Staff to President Buhari, Abba Kyari, and a former Secretary to the Government of the Federation, Baba Gana Kingibe.

They said the three men were “visibly disappointed with the action of the security details”.

“In fact , it is even the ordinary civilian gate man that came and closed the gate after the incident,” Mr. Pukat said.

He also disclosed that the abductors were yet to contact the family for any possible ransom demand.

Another witness said the kidnappers asked Mr. Hirse to get into their car. He initially resisted and was trying to seek further explanations from them, the witness said.

“At that time, people started approaching the scene, so one of the kidnappers raised the gun he was holding and made to shoot but it did not fire, he tried it the second time and it failed, but the third time, a shot rang and people ran for their lives. The whole thing was like a movie scene,” the witness said.

The Commissioner of Police in the state, Cyril Abeh, and the State Director of the State Security Service arrived the scene after the abduction and were sighted inside Mr. Daura’s residence.

Our reporter also observed heavy security around Malali, Ungwan Rimi, and around major roads within the metropolis.

Meanwhile, a report by the News Agency of Nigeria, Monday, said the abductors had made contact with Mr. Hirse’s family.

“They first reached me; it was Hirse’s voice that was on the line before the abductors took over,” he said.

Mr. Pukat, however, refused to give details of the discussions with the abductors.