Jada Pollock says she is done with Wizkid as she alleges that he beats her up.

Wizkid’s third baby mama, Jada Pollock has announced that she has stopped working with Wizkid as his manager over allegations of domestic violence.

Pollock took to her Instagram stories on Tuesday, July 16, 2019, where she shared a statement about her alleged abusive relationship with Wizkid. According to her, she has been covering up for him for years and can no longer keep quiet about it.

“From today I and Ayo no longer work together. I’ve been in an abusive relationship with him for years covering for him time and time again. And I’m tired. Wiz continuously puts his hand on me, leaves me with bruises that I cover up from the world including my family and friends. It often feels like we are war in the same house. I have done all I can do to keep this all together but from today I let go. You can support someone as much as you can but at some point, you have to value yourself. I can’t raise my son in this kind of environment,” she wrote. 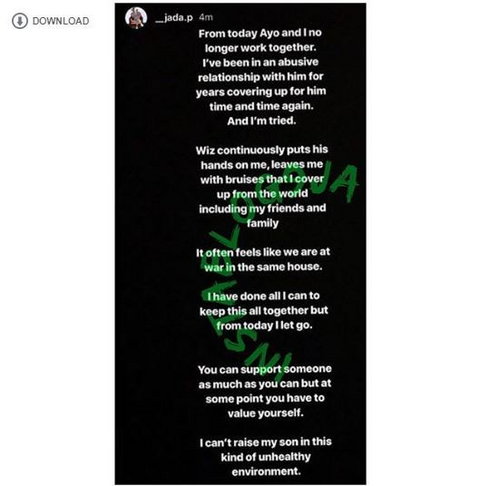 News Agents reached out to Wizkid’s manager, Sunday Are for a statement and he declined to comment on the issue.

Wizkid’s second baby mama, Binta Diallo was among the early birds who commented on Jada’s post on Instagram

This latest allegation is coming a day after Wizkid celebrated his 29th birthday. Over the last few years, Wizkid’s first and second baby mamas, Shola Ogudugu and Binta Diallo have accused him of parental neglect. 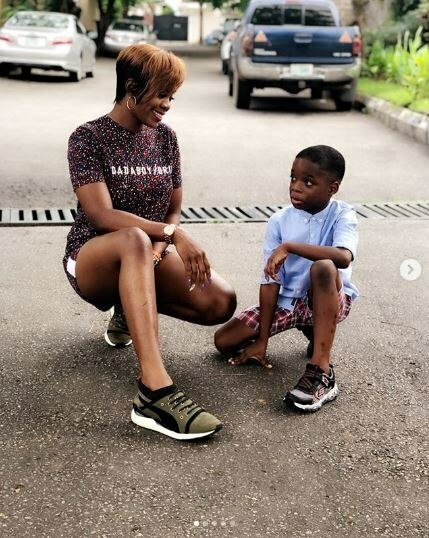 Shola Ogudu appears to be the blunt type in a comment which hints at Wizkid’s abandonment of his fatherly role.

However, a look at Jada Pollock’s Instagram page shows that she still represents Wizkid as his management. Even the photos of Wizkid and their son are still on her Instagram page. 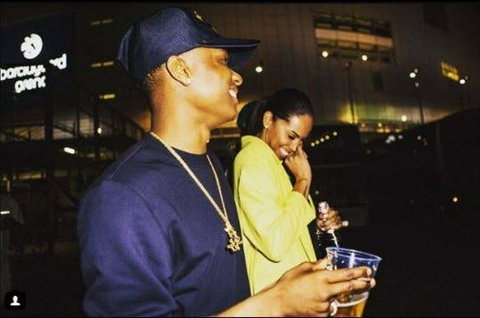 Niniola remembers father on 24th anniversary of his death

Mercy Johnson Spotted With Her Baby Bump At The Cinema (Video)