In 1995, just before the dot-com bubble began, Elon Musk believed “the internet was definitely about to go supernova,” he recalled on the Third Row Tesla podcast in January.

And as a result, Elon decided to build a web start-up called Zip2, with which he and his brother Kimbal Musk aimed to create an online version of the Yellow Pages phone book (which was an actual book at the time). Zip2 made business directory data searchable and mapped it, so users could get door-to-door directions to businesses.

The brothers had partnered with newspapers (listing classifieds online and things of that sort) to generate revenue, but they wanted to expand the business by partnering with the Yellow Pages.

“I remember talking to the head of the [company] that owned the Yellow Pages [in Canada],” Kimbal said on the Third Row Tesla podcast. “We said, ‘We want to partner with you. Let’s be one of your partners to put the Yellow Pages online.’

“And [the executive] picked up the Yellow Pages – this book, this big thick book full of ads, this multi billion-dollar risk industry – and threw it at me and said, ‘You ever think you’re going to replace this?’”

But the response was a typical one at the time, as “most businesses didn’t know what the internet was” back then, Elon said on the podcast. “Most people didn’t have an email address or ever went online.”

Here is the invite to celebrate the new Zip2 offices. Julia Perry hung posters on the wall, and I did the catering. @georgezachary @kimbal @elonmusk @ToscaMusk #thestart pic.twitter.com/18k0DNu9Ss 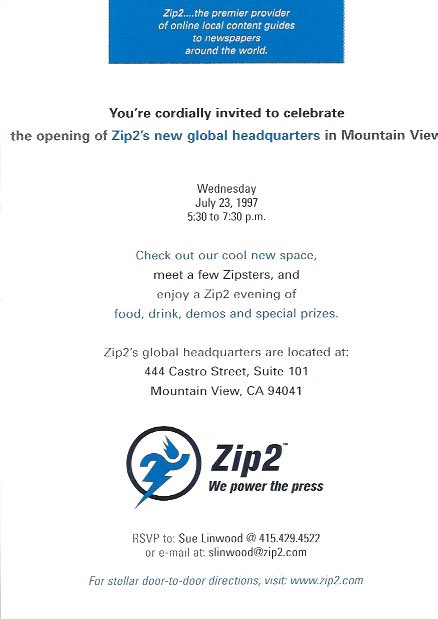 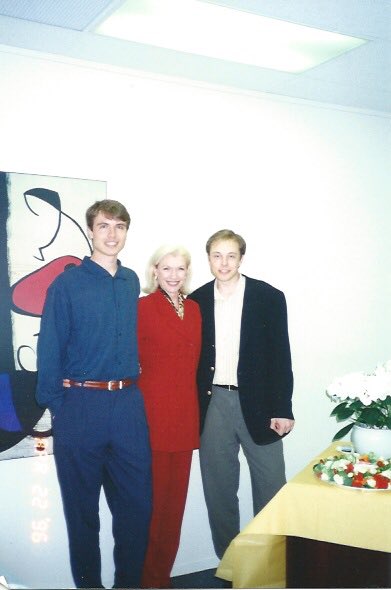 “At that point, very few people were in the internet [business], so it was really a question of, ‘Is the internet going to succeed?’ Which we were huge believers in, and these guys were not.”

When Elon and Kimbal would try to get funding or partner with other companies, they were forced to explain the internet.

“We said like, ‘Listen, it costs very little. You’ll still own all the content and everything.’ And they’d just throw us out of the office, [saying] ‘No. How dare you even suggest this,’ Elon said.

Zip2 ultimately won over The New York Times, Knight Ridder and Hearst Corporation, who not only partnered with Zip2 but together invested a total of $50 million in the business, according to Ashlee Vance’s book, “Elon Musk: Tesla, SpaceX, and the Quest for a Fantastic Future.”

In 1999, Elon and Kimbalreportedlysold Zip2 for roughly $300 million and Elon used that money on a second start-up X.com, which later became PayPal. In 2002, eBay purchased PayPal for $1.5 billion.

Kimbal invested in and serves on the boards of Tesla and SpaceX.

Today, Elon Musk is worth $34.2 billion, according to Forbes.

South Africans Are Killing Nigerians, PMB Is Laughing With Their President By ‘Fisayo Soyombo

If You Want To Save Your BVN In Nigeria Please Read!