International broadcaster, the Cable News Network (CNN), has angered Nigerians for omitting the country’s name in the headline of a report announcing the visit of Facebook founder, Mark Zuckerberg, to Africa’s most populous country.

The Facebook founder visited Lagos, Nigeria’s commercial capital, on Tuesday, and interacted with Nigerian tech entrepreneurs at Yaba, regarded as the Silicon Valley of Nigeria.

That headline promptly sparked anger in one of the world’s largest oil producers, with citizens taking to Facebook and Twitter to attack the broadcaster for omitting ‘Nigeria’ and creating the impression that Africa was a country.

Nigerians who commented on the matter expressed strong views, and sought to salvage their national pride.

“CNN it’s NIGERIA!!!” Facebook user, Iloh Andrew, said. “I know you are shy to say it is Nigeria…safe, sound and happy to be here…not the Nigeria you propagate as a drop bomb zone.”

Another Facebook user, Bola Aduwo, said, “CNN please what is Sub-Saharan Africa? An area of over 20 countries. Why can’t you be specific? What will it cost to say Nigeria?”

Mr. Aduwo said Nigeria had the largest Facebook community in Africa with over 16 million users, and, therefore, deserved respect.

“We can no longer be ignored,” he added. “Receive sense please.”

“If Mr. Mark had gone to a European country, will you tweet this way: ‘Mark makes first ever visit to Europe’ — CNN Africa?”Twitter user @oluwatimilehino asked.

And again on Facebook, there was one user questioning the news organisation’s understanding of maps.

“Just say he came to Nigeria. If you don’t know where that one is, check your map, don’t be shy,” said a user, Winnie Coco.”

There were also blatantly insulting comments, as were ones just expressing delight at the visit.

In a statement, Andela’s director, Seni Sulyman, said, “Mark’s visit demonstrates to all Nigerian developers and entrepreneurs that they ‘ve caught the attention of the tech world and thatvthey are capable of succeeding on a truly global level.”

Andela, with headquarters in Nairobi, Kenya, and Lagos, trains software developers across Africa.

Mr. Zuckerberg was at its Lagos office. 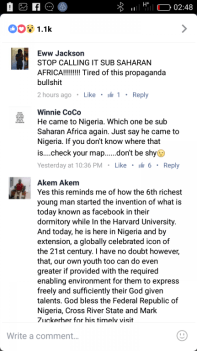 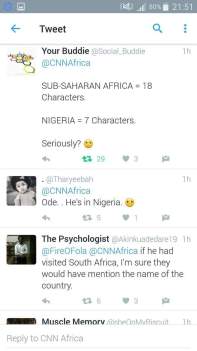 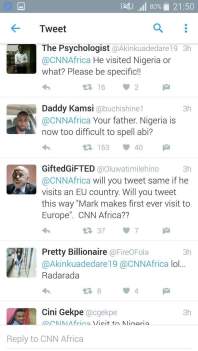 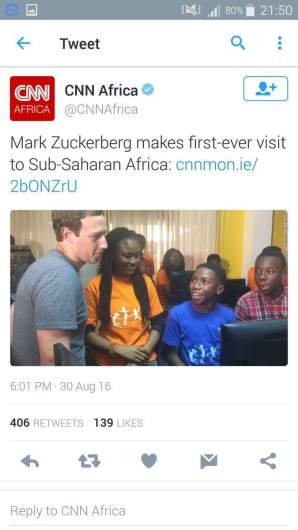 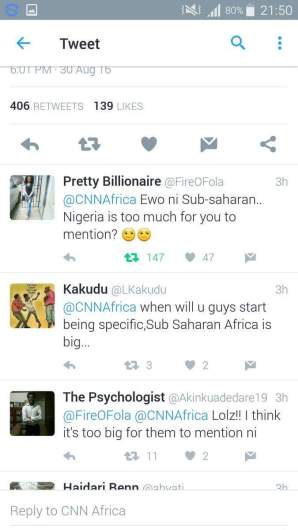