The emergency slides have been activated on an American Airlines flight at Heathrow Terminal 3, reportedly due to smoke in the cabin.
TrendsViral

The nature of the emergency is not immediately clear. However, some images from the scene show smoke emerging from the back of the plane. 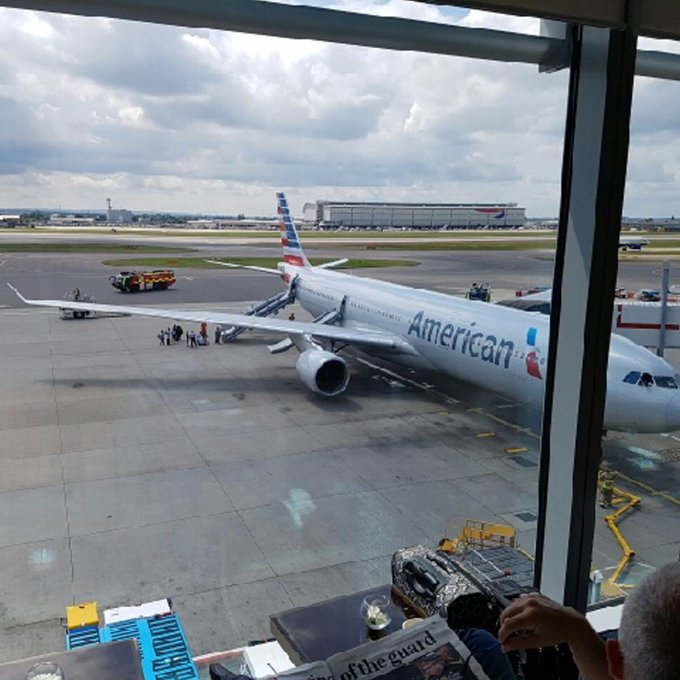 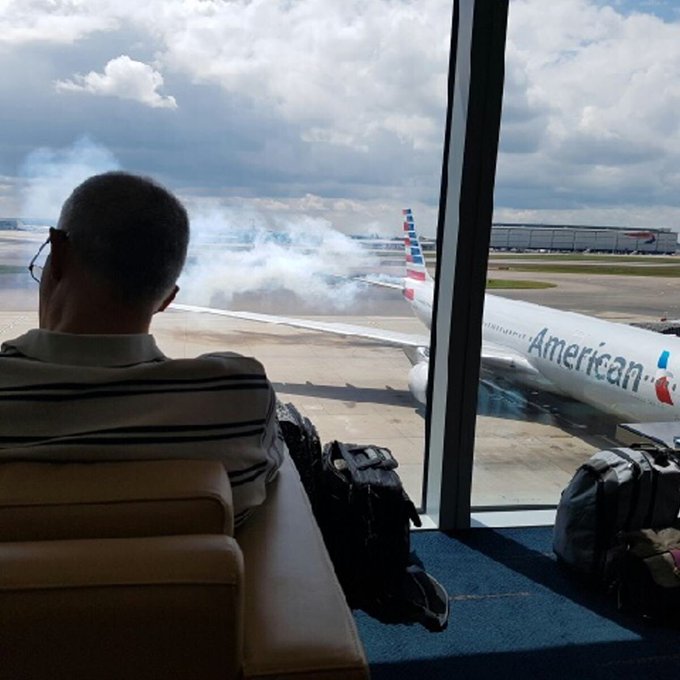 Not a very reassuring scene from lounge window.. #flying#Heathrow

@AmericanAir please help! We are stuck in heathrow after smoke filled our cabin on flight 731. 2.5 hours and no guidance (or food!)

Footage captured from a passenger on board a nearby plane shows people exiting the affected flight via its rear slide.

The evacuated flight was American Airlines Flight 731, due to leave London Heathrow at 1.30pm local time, and arrive at Charlotte Douglas International Airport in North Carolina at 5.20pm local time.

Flight evacuated at London Heathrow was #AA731 to Charlotte

Damn it. My plane cant move bc an American Airlines plane has just evacuated right next to us using the slides!

Other photos from the scene show emergency personnel and fire services surrounding the aircraft. 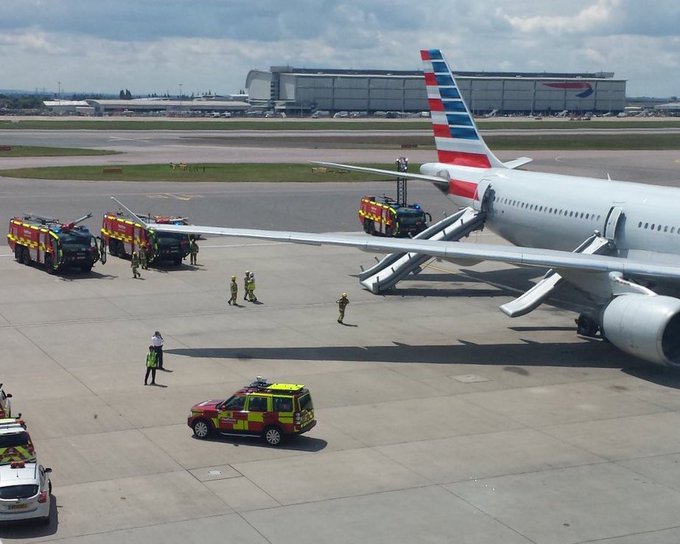 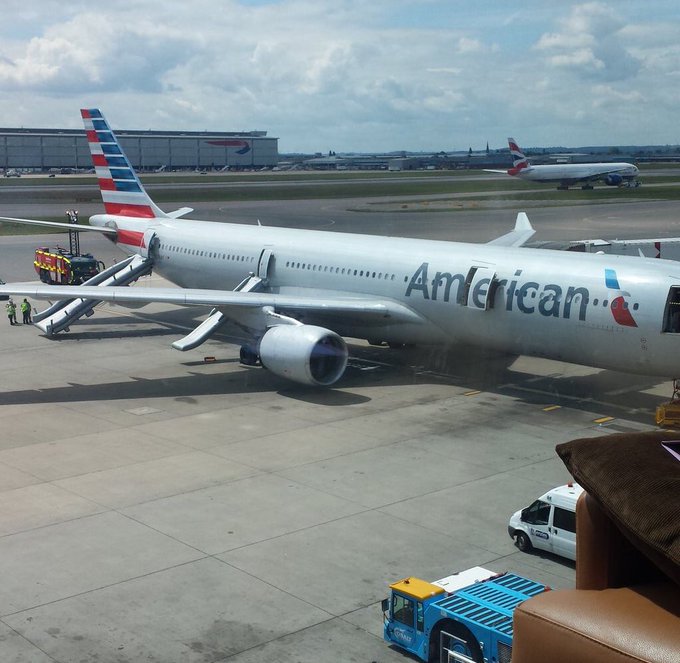 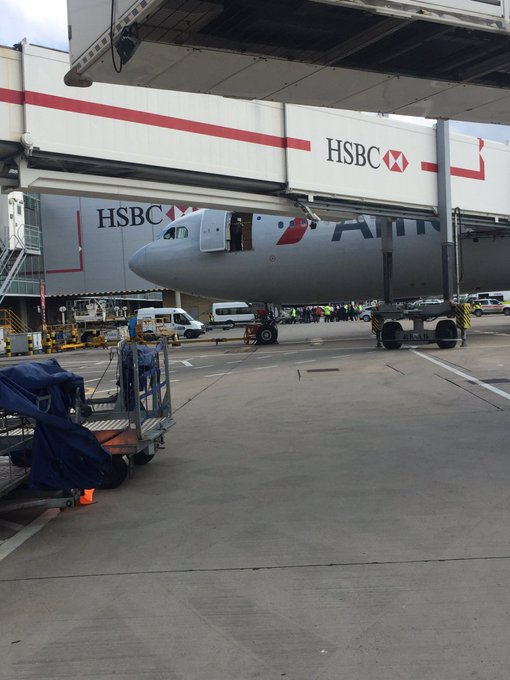 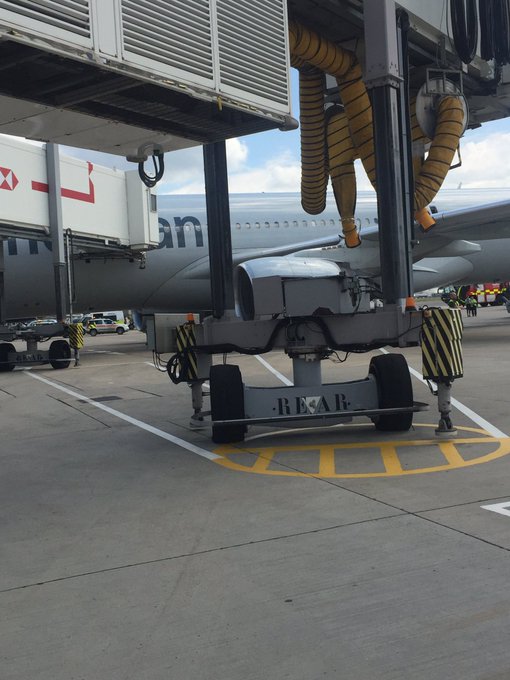 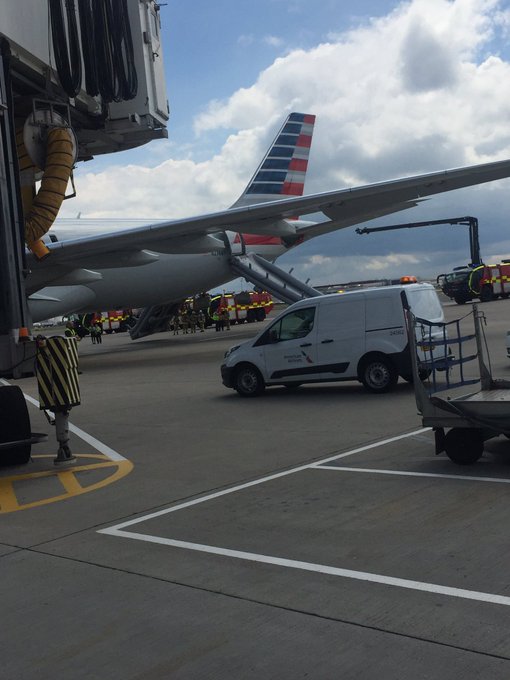 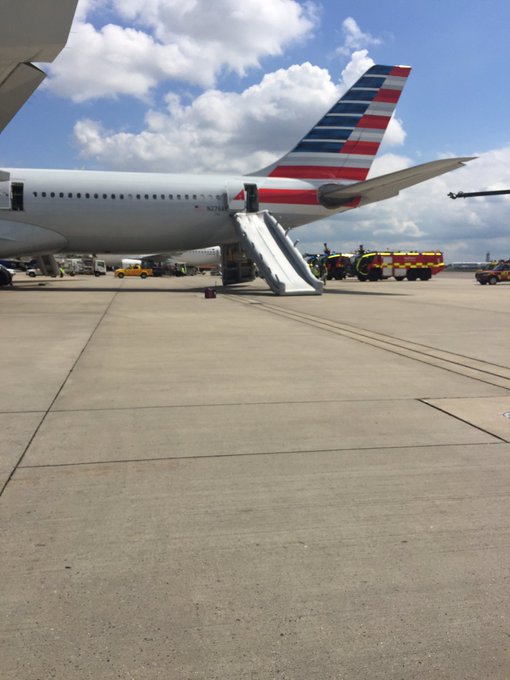