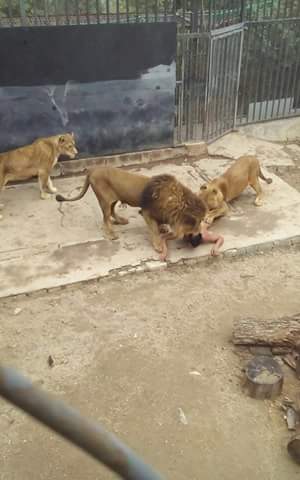 Two lions in a Chilean zoo were killed after they mauled a naked man who jumped into their enclosure in an apparent suicide attempt. Crowds of shocked tourists, children among them, watched on.

Early Saturday, the young man broke into the lion enclosure in Santiago’s Metropolitan Zoo, took off his clothes and jumped into the middle. The zookeepers had to kill two lions, male and female, in order to save the man’s life. 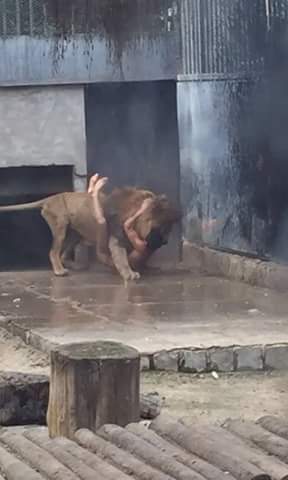 The man, who was identified later by local media as Luis Ferrada, 20, was taken to the nearby hospital in critical condition.

“The zoo has an established protocol because people’s lives are very important to us,” Zoo Director Alejandra Montalba said, as cited by AP. She added that the zoo doesn’t have fast-acting tranquilizers that could stop the animals that quickly.

YOU MAY FIND VIDEO BELOW DISTURBING

According to Metropolitan Park director Mauricio Fabry, what is thought to be a suicide note was found in the man’s clothing.

Witnesses said the man made was shouting religious slogans as he was mauled by the beasts. They added that the lions initially didn’t pay attention to the man and only attacked when he started playing with them.

“He [the man] entered the enclosure from above and the lions started to play with him, and then after they attacked him,” a witness, Cynthia Vasquez, told Chilean radio.